As a freelance editorial writer I've written just over 30 Illustrated articles and features for various UK consumer and trade titles. Read on to find out more...

Examples of my Published Editorial Work

The subjects I like to write about are the countryside, gardens, heritage locations/travel, history and photography. So, if you're looking to commission some writing - either as an illustrated article or simply words alone, then please do get in touch, I'd love to hear from you.


THE BEST OF BRITISH GARDENS series | In January 2015, I was commissioned by The Countryman magazine to write and provide images for a major new series. The series - The Best of British Gardens - ran during 2015 and 2016 and I wrote ten 1000-word articles in total. It was left to me which gardens I wanted to cover, with the brief only stipulating that the gardens should cover differing periods of garden history and design and have an interesting story; oh, and ideally not include gardens that are regularly written about! Some examples from the series can be seen by clicking on the PDF titles (in bold) below: 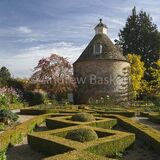 
An Ever-changing Masterpiece was published in August. Cottesbrooke Hall © The Countryman/Andrew Baskott 2015


A Hidden Artistic Gem followed in September, about the Arts & Crafts garden of Wyndcliff Court in Monmouthshire, Wales. 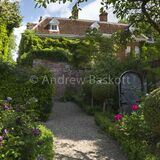 
The Making of a Plantsman's Paradise in May, explored the gardens of Herterton House, Northumberland. Herterton House © The Countryman/Andrew Baskott 2016. 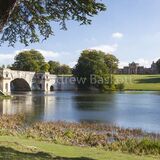 (Left) The life of 'Capability Brown' was celebrated in the August 2016 issue in The Shakespeare of Gardening,Capability Brown © The Countryman/Andrew Baskott 2016

October's issue ended the series featuring the gardens of Biddulph Grange, Staffordshire in A Gardener's World.


Here are some kind words about my article 'THE MAKING OF A PLANTSMAN'S PARADISE' - published in The Countryman:

... forty years of life and work summed up in one thousand words, which flow together and read beautifully! That, Andrew, is very clever and thoroughly well done. Frank Lawley - author and his wife Marjorie, owners and creators of Herterton House gardens, Northumberland.


In addition to The Countryman, I have also had illustrated articles/features published in:
FOUR SHIRES
OUTDOOR PHOTOGRAPHY
THE LADY
MARKET NEWSLETTER - The former monthly trade magazine for freelance photographers


The magazine page layouts (as PDFs) are the Copyright © of The Countryman (Country Publications Ltd) 2015 - 2016. As such, no images nor article (in whole or part) may be copied, reproduced or published in any form without written permission. All other content & images © Andrew Baskott 2020. All rights reserved. Fair use is not an excuse.


© Andrew Baskott 2021. All Rights Reserved. Fair use is not an excuse
Next page
Previous page