Cottesbrooke Hall has gardens created by some of the country's leading garden designers, both past and present. And a reputed link with 19th-Century novelist, Jane Austen. 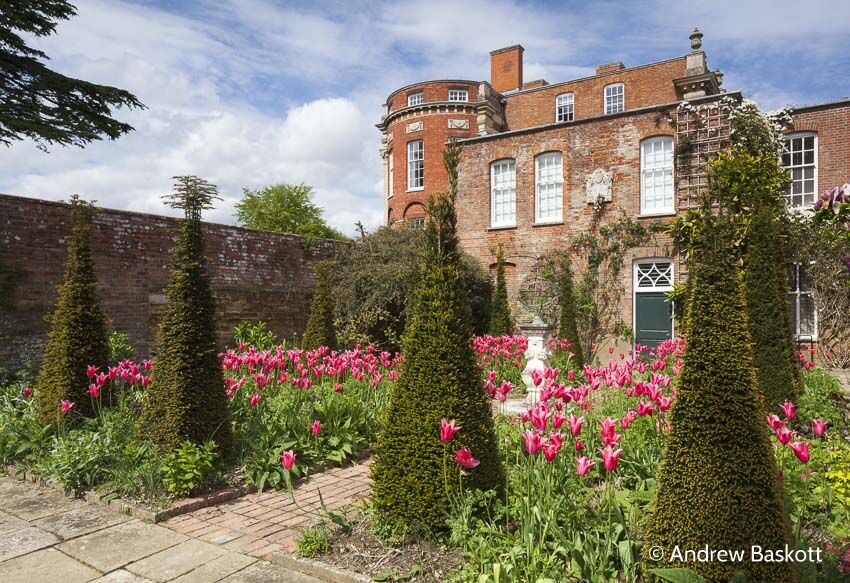 Nestling amidst a pastoral landscape in rural Northamptonshire is the small yet well-spread out estate village of Cottesbrooke. At its heart is Cottesbrooke Hall, an elegant Queen Anne period house dating from 1702, with just a hint of mystery about its past.

Such as the identity of the designer of the landscaped parkland with its avenues, lakes and vistas. Whoever it was, their name has been lost in the annals of time. So to have any designs for the gardens, as no dusty plans have been found tucked away in a long-forgotten drawer.

And then there's the mystery of "Mansfield Park". Is Cottesbrooke Hall the setting for Jane Austen's third novel? There certainly seems to be some very plausible evidence supporting the idea, with similarities in location and the layout of the house and grounds. But sadly no conclusive proof. A minor detail that fails to dash the hopes and dreams of visiting Austen fans: that they might just be walking in the literary footsteps of their favourite author.

One certainty, however, is that Cottesbrooke Hall and its gardens are a true delight. Built almost entirely of warm, rose-red brick and complemented by finely carved Ketton stone Corinthian pilasters and detailing, the house forms an idyllic backdrop to the gardens you see today. Gardens that have been more than a century in the making.

With no blueprints of the original design to call upon, it has been a case of the gardens constantly evolving through a mixture of changing fashions and design ideas. Often at the hands of some of the country's leading garden designers of the time.

In 1911, the Brassey family commissioned Scottish designer, Robert Weir Schultz, to bring a little Arts and Crafts style to Cottesbrooke. But it wasn't until the arrival of the Macdonald-Buchanans in 1937, that real change heralded for the gardens.

Almost immediately, Lady Catherine set about the first of her sympathetic changes to the gardens. Sir Geoffrey Jellicoe was hired to redesign the Forecourt at the south-front of the house. Jellicoe's design was a formal garden with paths, statuary and some impressive pieces of topiary. His garden still survives, although Alistair and head gardener, Philip Statner, have between them modernised some of the plantings. Giving it a contemporary lift while retaining the essence of the original design.

Post-war changes were a little more dramatic. This time Schultz's large Edwardian rose garden was to be completely transformed, with the project placed in the hands of another distinguished designer, Dame Sylvia Crowe.

The roses were all removed and the surrounding pergola dismantled; although a small remnant of it remains in the adjacent Pine Court garden. Crowe's legacy survives in the form of the Pool Garden, with its circular pool overlooked by a stylish shelter.

A Hint of the Orient

Set amongst the park to the northwest of the house, is the Wild Garden. It's not a truly wild garden but was what Catherine called the area as she worked on the next part of her vision. And the name stuck.

Here there's a hint of the Orient, with rhododendrons, azaleas, and Japanese maples providing shape and colour, particularly in spring and autumn. But as you enter this shaded glade you'll be surprised to find something very English: a life-size thatched Wendy House. Running the length of the Wild Garden is a shallow stream and is crossed by an arched Japanese bridge entwined with fragrant wisteria. Overlooking the bridge and stream is the wooden Chinese House, built to celebrate the new millennium.

It was also in 2000, that Cottesbrooke was awarded the coveted Historic Houses Association/Christie's Award for Best Garden. Winning, however, certainly didn't signal the end for further changes.

In recent years, Alistair has enlisted three top designers to help him revitalise parts of the garden. They are - award-winning designer, Arne Maynard, designer, broadcaster and writer, James Alexander-Sinclair and local designer, Angela (Angel) Collins. Each brings with them their own distinctive touches.

Just beyond here is another, smaller, gateway set in a high brick wall, which takes you into the Terrace Border. As you enter, your view is framed by the foliage of a weeping beech. At almost two hundred feet long, these deep double borders have been packed with an array of colourful herbaceous plants by James Alexander-Sinclair. And at the end of the long path, stands the house forming the perfect backdrop.

Steps down from the Terrace lead into the Dutch Garden, a small courtyard where the original box hedge parterre had succumbed to blight. The garden has now been transformed by Angela Collins, with a mixture of formal clipped yew and lush herbaceous planting. In spring, the four symmetrical beds centred around the original stylish sundial contain vibrant China Pink tulips.

The house itself has changed little in three centuries, unlike the gardens, and is open for visitors to enjoy the fine furniture, porcelain and period detail. It also houses the superb Woolavington Collection of equine and sporting pictures; one of the worlds most extensive collections.

You can't really pigeonhole the gardens of Cottesbrooke Hall into one particular style, for they're a veritable mix of Arts and Crafts, contemporary, formal and a hint of Eastern magic for good measure. Each has a harmonious elegance matching that of the house.

But nothing ever stands still at Cottesbrooke Hall. And so, through his own inspiration and that of some of Britain's leading garden designers, Alistair Macdonald-Buchanan will ensure the gardens continue to be an ever-changing masterpiece.

Another article in the series was A Garden to Sing About.