Tucked away in a small corner of rural Oxfordshire you'll find a country-house garden created by the pioneering vision of one man that has become a unique piece of garden history. 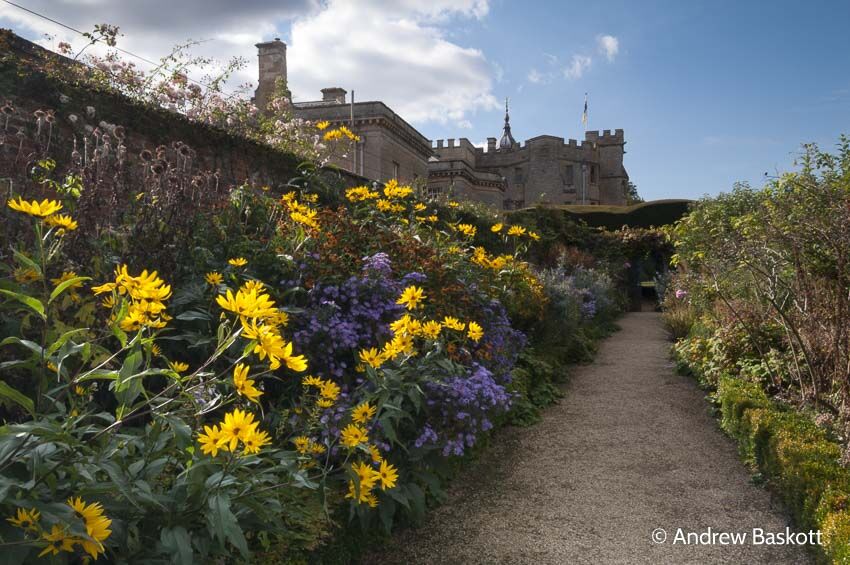 Nestling beside the gently flowing waters of the River Cherwell in north Oxfordshire, there is a garden masterpiece that has defied the tides of change for almost three centuries.

The narrow tree-lined drive leading to this Oxfordshire gem reveals little of what to expect. On entering the courtyard, you'll find beautifully feathered millefleur-booted bantams pecking amongst the gravel. And a stable block with the proportions of a fine country house. As you take in your surroundings, you can't help but feel this is perhaps going to be no ordinary country-house garden visit.

This feeling of the unexpected is reinforced as you walk back through the stable block archway to pay for your visit. For you'll not find a person to take your money, just a ticket machine. Pop your money in, pick up a map and follow the signs for the gardens. For this is Rousham, a house and garden that is anything but ordinary.

A MAN WITH MANY CREATIVE TALENTS

The house was built in 1635 by Sir Robert Dormer. But the man who perhaps had the most influence over how Rousham and its gardens developed was William Kent (1685-1748). A man with many creative talents.

In his early life, Kent had been a painter, architect, designer and illustrator. However, aged about 40, he embarked upon probably his most influential career. A career that not only changed the course of early English landscape design but with it some of England's great country-house gardens too.

He contributed to the garden designs at Chatsworth, Stowe, Claremont, Badminton, Chiswick and Holkham. And his pioneering ideas were to inspire the likes of Capability Brown and others who followed in his footsteps. But it was only at Rousham where he conceived the whole garden. It was to be his finest example.

He was hired in 1738, and his first task was to add the wings to the south-front of the house. And then moved on to build the mightily impressive stable block. For the gardens, Kent's vision was to blend them with the natural landscape, something the grounds of Rousham were ideally suited for. And so, in this peaceful corner of north Oxfordshire, the English Landscape style was born.

SURPRISES AROUND EVERY CORNER

There are reputed to be over 1,000 possible garden circuits you can explore. And no matter which route you choose to take, you're sure to encounter a piece of classical sculpture or architecture to surprise and delight around almost every corner. Statues range from the romantic Venus and cupids to the rather macabre, 'Dying Gladiator' or the 'Lion and the Horse'.

Venus' statue stands at the head of Venus vale, a green amphitheatre edged by wooded glades. Water from nearby natural springs feeds into a large octagonal pond. Springwater also flows along a stone-lined rill running through an area Kent named 'The Watery Walk'. Its course meandering beneath tall trees under-planted with laurel. About midway, the water enters The Cold Bath, a smaller octagonal pool intended for bathing. Despite being almost three hundred years old, the rill has all the appearance of a 21st-century garden feature.

Overlooking the Cherwell and water meadows beyond is perhaps Kent's most impressive architectural feature. He built his classical seven-arched stone 'Praeneste' as a place to rest and admire the river and takes its name from the Temple of Fortune in the ancient Italian city of Praeneste - now called Palestrina.

No visit, especially in summer, would be complete without exploring Rousham's 'secret garden'. Hidden from view and approached through an arch cut into a thick 18th-century hedge of holly, box and yew, is the large walled garden. This garden oasis actually pre-dates all of Kent's work and is a haven of colour and surprises.

Entering through an ornate wrought-iron gate set in a Cotswold stone arch, you're met with a flourish of colour and the heady scent of peonies and old-fashioned roses. Within its red-brick 17th-Century walls, you'll also find an ancient orchard with an avenue of espalier fruit trees. As well as a large vegetable and fruit garden. And should you visit in late summer, you'll be treated to a dazzling display of dahlias in a border 150-feet long.

But the walled garden's crowning glory is the Pigeon House garden. The original stone-built 17th-century dovecote provides a stylish architectural backdrop to the box-hedged parterre. And is the perfect place to unwind among geometric-patterned borders filled with beautiful old-fashioned roses and foxgloves.

It's a small team of gardeners who nurture and maintain Kent's vision. And it's through their care and dedication that, after almost three centuries, his matured gardens remain exactly how he planned them. The result is a unique and unspoilt piece of garden history.

Rousham is a well-kept secret that springs a magical surprise on all who discover its green acres. And just occasionally, its magic gains a much wider audience. In 2021, it was used as the Radlett family home, Alconleigh, in the BBC's mini-drama series based on Nancy Mitford's novel, The Pursuit of Love. There have been several other TV appearances over the years, including the crime drama Lewis. While for Monty Don - presenter of Gardeners' World - Rousham is his favourite English garden.

With no tea room nor shop, Rousham is unashamedly uncommercial - a timeless masterpiece that couldn't be less 'ordinary' if it tried. The parting sentence in the garden's brochure reads: "Bring a picnic, wear comfortable shoes, and it's yours for the day". With an invitation like that, who could refuse?